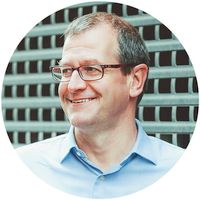 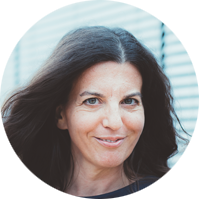 Examples from our clients

Some initiatives start with tiny interventions but have a major impact. Others are implemented on a larger scale from the beginning. Many changes turn out to be very successful and support the creation of a living agile culture. We would like to share some examples that intrigue us with their energy and impact. They show that significant improvements can be achieved without a full organizational transformation.

Success can sometimes be achieved indirectly. Some years ago, one of our clients from the automotive industry sought coaching during the merger of two factories under one management. At a certain point, the freshly-appointed CEO launched a bi-weekly alignment day for key people from both factories. Every two weeks, 30 key people spent one day together outside the factories discussing key results from the past two weeks and setting priorities for the coming weeks. Each area presented their objectives and challenges and they all worked on a common KPI system.

This time-consuming schedule caused controversy, since most of the data was easily available. But the CEO attached great importance to the time together. It was a space for alignment, so transparency, awareness of each other’s objectives and challenges and cross-functional cooperation improved. After a few months, a shift in mindset emerged. People talked more about »we« instead of »I,« and needs and benefits of the entire organization had a higher priority. Finger-pointing and blaming stopped; people formed alliances. The CFO worked together with production and engineering in order to ensure the common KPIs.

In one of our core programs, we work together with leaders for nine to 12 months. We usually start with exercises for personal mastery and finish with working on an individual leadership credo. We have experienced that this effectively brings participants closer to their own purpose. Making this a team event, people strengthen bonds with each other. As a result, leaders get a lot of clarity, ego-battles are minimalized and the majority focuses on how to contribute to the organizational goals.

The sponsors of the program report that participants assume much more responsibility both individually and as a team. They see a shift in cross-functional cooperation, and joint development initiatives (e. g. developing an innovative product). Each participant becomes more autonomous, self-directed and willing to take responsibility for their actions. However, it can be a difficult journey for the participants: they have to slow down, become more conscious of themselves and others, learn how to listen and support. This allows them to be receptive to each other and joint efforts.

The impact of space

Through one of our leadership development programs, we were able to follow the evolution of one client for many years; it developed from software development to complex healthcare platforms. The unit responsible for the platform was set up like an agile start-up; they used agile methodology and aimed toward an agile culture. They had a new office space designed for collaboration, with smaller and bigger meeting spaces, a kitchen designed for interactions, walls to jot down ideas and much more. The software unit also worked with agile working methods, but their office space was quite traditional.

We observed three big differences between the two units:

Full transparency with the client

In one of our culture change programs at a company on a global scale, as a final step, the top leaders defined 90-day initiatives to have an impact on the strategic goals of the entire company. Cross-functional, cross-unit, cross-regional initiatives, with the urge to connect and align better, surfaced. One of the country leaders mapped out his relationship with his main client. Up to that point, this relationship had been shaped by the company’s attempt to keep pace with the client, trying to meet his requirements, and accepting the given conditions in order not to lose him. The proposal was bold: Invite the client to their next internal meeting, share strategies and thoughts with him, and set up a joint strategy for the following months. The team was puzzled at first, but excitement took over. The meeting with the client’s representatives became a big success. In two subsequent meetings, common ground and goals were developed and everyone wanted to proceed with this new way of cooperation.

Quick alignments for a better connection

The freshly-appointed CEO of a small but global organization tried unsuccessfully to connect the members of his team. In his experience, information was generally not available, a lot of work was done in parallel, and long meetings and many rumors due to a lack of information caused inefficiency. To change this culture, a simple tool was developed. The CEO set up a weekly stand-up meeting every Monday. The objective was to promote good communication between different teams, ensure information about key opportunities or issues and celebrate successes. Each functional team was asked to give a two-minute presentation. The teams had to focus on information relevant to those present and relevant for the improvement for cooperation. Picking up and raising awareness about current hot topics strengthens the possibility to ask for needed support. The awareness of what was happening increased radically and people started to follow up on the initial information they had received during this meeting.