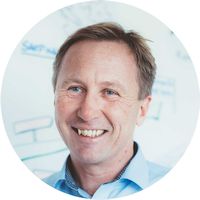 Disruption has become one of the most (mis-)used buzzwords when it comes to innovation. Almost every newly announced product or service needs to claim to disrupt the existing industry in order to draw attention. This unfortunate development beclouds the serious core of the related theory and the consequences for incumbent industry leaders.

People tend to get bored by the term disruption and thus miss the implications of – if applied correctly – this powerful mechanism. We believe today’s industry leaders have to face this phenomenon seriously, experiment with self-disruption and by doing so put their own business situation to the test.

We all know the story of David – a young boy who killed Goliath, the three-meter tall soldier in the Philistine army. David did so by using his slingshot against the overconfident Goliath – in his bronze armor, equipped with a heavy shield and sharp lance – who had no chance. The theory of disruption explains how this could happen. It was developed by Clayton Christensen, one of the world’s most acknowledged experts on innovation, and published in his book »The Innovator’s Dilemma« already in 1997.

In a nutshell, it explains why and under which conditions giant companies can be beaten by new entrants with disruptive innovations and why it is so extremely diﬃcult for the incumbents not to fail.

Disruptive innovations indicate situations where new organizations – very often startups – can use simple, convenient, low-cost innovations to create growth and triumph over powerful incumbents. Basically, they kill them by coming from the »bottom of the market« (e.g. mainframe computer manufacturers were killed by minicomputers, which where then killed by PCs, which are now getting disrupted by tablets and mobile phones). Established organizations almost always win against attackers when it comes to sustaining innovations (improvements to existing products regarding features deemed to be important for the customers) but almost always lose to attackers armed with disruptive innovation.

According to Clay Christensen’s theory, a newcomer needs to build his disruptive innovation on a new technology different from that of the incumbent. Take the classical examples of steam-boats that disrupted the sailing boat business, the digital camera that disrupted analog cameras, or WhatsApp that disrupted the SMS. All disruptive innovations are built on a technological core that can still improve tremendously. One of the most important movements today – which is still not at its peak – is digitalization. The theory of disruption explains why there are so many new entrances with new digital value propositions blowing away existing giant companies at the moment. Famous companies such as Amazon, Uber and Airbnb may be mentioned as very prominent examples here. Besides digitalization, other technologies are advancing very fast these days, e.g. 3D printing technologies or low-cost DNA sequencing. They are opening up plenty of opportunities for potential disruptors. The faster a new technology develops, the faster somebody can grow his business based on this technology. With the advanced technology, value proposition also increases and hence more and more customers can be reached and pulled away from well-established companies.

Don’t shoot for the stars too fast!

The key to disruption is, however, to introduce the new value proposition either to customers at the »bottom of the market« or in new markets that are not in the scope of established players. This is a very important and often overlooked part of this phenomenon. Successful disruptors do not attack industries’ leaders in the segments of their most attractive customers, but in segments that they are willing to not defend or are even happy to give up because of lousy profits. In this case, the story of Tesla is interesting. Although it is very often cited as a perfect example of disruption, the strategy of Elon Musk (CEO of Tesla) is certainly not. Undoubtedly, the awareness of the potential of electric cars has increased tremendously due to Tesla’s approach. However, Elon Musk has attacked the established industry not at the bottom of the market, but right in the center of their attention – the premium segment. As a consequence, we see them fighting back hard. Being attacked in the most precious segment did not allow them to ignore the newcomer. They are willing to spend enormous resources to win this battle. According to the theory of disruption, they have a good chance of survival while Tesla might be annihilated in this uphill battle.

Are you ready to destroy your own business?

We currently see many powerful technologies developing rapidly. This is why we believe today’s industry leaders have to face this phenomenon. However, you cannot always »hope« to be attacked by a newcomer in your premium segment, as this would make it relatively easy to fight back. It is much harder to do so when the newcomer starts his attack at the »bottom of the market,« like many financially restricted startups do. In that case, you might easily ignore such a development or be willing to give up that low profit segment and focus on improving the service for your premium customers. By doing so, you allow the newcomer to grow and gain market share until it is too late to fight back. It is therefore important to start experimenting in time with the idea of self-disrupting your own business. Take some time off and do some war-gaming that focuses on the following questions: What would happen if a startup formed that consists of two or three of your best and most open-minded people together with two or three people who are experts in a potentially disrupting new technology? How would such a team attack your existing business? Which customer segment would they deliver to first? How would they change the value proposition for these customers? What would their business model look like?

If you see potential for such a scenario – even if its initial market share looks ridiculous – do not trick yourself by pushing it away as a possible threat in the future. Use it to create a sense of urgency. Unfreeze resources and build a core team that investigates such a scenario. This war-gaming on self-disruption is often the first step in an interesting journey of renewal. 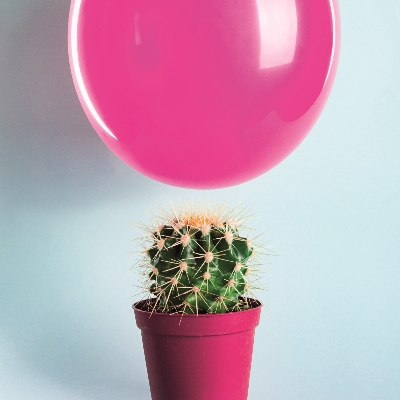 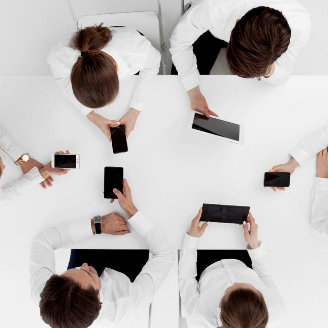 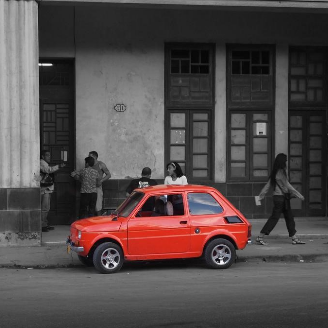